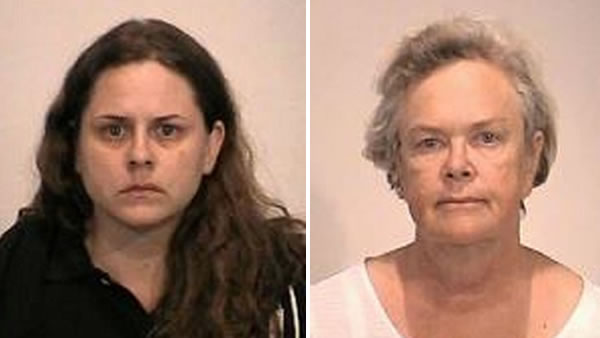 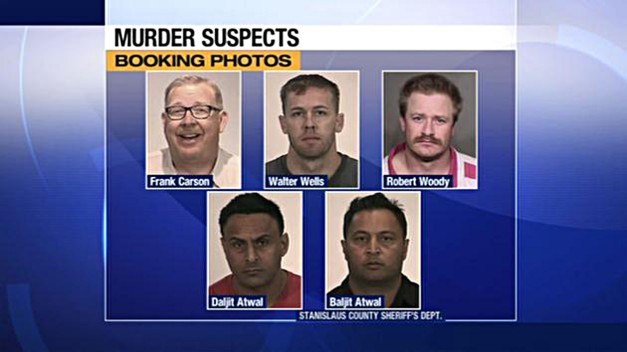 Investigators released booking photos for five suspects who were arrested on Friday, August 14, 2015 in connection with the disappearance of a Turlock man. (KGO-TV)

Nine people, including three CHP officers, were arrested Friday in connection with the disappearance and killing of a Central Valley man.

Investigators released the booking photos for five of the suspects.

Frank Carson is a prominent attorney in Modesto, accused of orchestrating Kauffman’s murder because he believes he stole antiques from his property.

Walter Wells, a former CHP officer, and Robert Woody are suspected of the murder itself. The CHP fired Wells.

Two brothers who own a liquor store are accused of helping with the murder.

The other two named CHP officers are accused of obstructing the investigation. They are on temporary leave.

“It’s not what we stand for, it’s so far beyond what any organization stands for,” CHP Cmmd. Joe Farrow said.