Posted by Eldon J. Brown on August 22, 2015
Posted in: Uncategorized. Leave a comment

allstaractivist note: Sadly, I’ve experienced the effects of this in other people much more than I would have thought. We all do it, downplay the dangers as a way of coping with a situation that could potentially harm us. “Oh, it will be alright, this has never killed anybody” or “Eh, just a fluke, just be careful next time…”. All the things we tell ourselves in the hopes that we can return to our comfortable little lives and forget that the Big Bad Wolf was ever at the door. But there is an impending danger and ignoring it can cost you more than you would ever think possible. The Wolf is there, many in fact.

We all want to be safe and that is not a bad thing however, we live in a world full of wonder and novelty, safety is but a mere construct. We cannot be safe without critical examination and knowledge, safe conditions are products of preparation. In other words, you have to look at everything that could potentially be a threat no matter how incredulous or seemingly innocuous. Think dammit, use that big beautiful brain you were given. What makes you think your little 40, 60 or 80 years on Earth has given you perfect insight when compared to the eon’s of generations before you? You could spend a lifetime, a lifetime of learning only to learn just how much there is that you don’t know.

Open your eyes, look around sometime.

The normalcy bias, or normality bias, is a mental state people enter when facing a disaster. It causes people to underestimate both the possibility of a disaster and its possible effects. This may result in situations where people fail to adequately prepare, and on a larger scale, the failure of governments to include the populace in its disaster preparations.

The assumption that is made in the case of the normalcy bias is that since a disaster never has occurred then it never will occur. It can result in the inability of people to cope with a disaster once it occurs. People with a normalcy bias have difficulties reacting to something they have not experienced before. People also tend to interpret warnings in the most optimistic way possible, seizing on any ambiguities to infer a less serious situation.

The opposite of normalcy bias would be overreaction, or “worst-case thinking” bias,[1][2] in which small deviations from normality are dealt with as signaling an impending catastrophe.

The normalcy bias often results in unnecessary deaths in disaster situations. The lack of preparation for disasters often leads to inadequate shelter, supplies, and evacuation plans. Even when all these things are in place, individuals with a normalcy bias often refuse to leave their homes.

Normalcy bias can cause people to drastically underestimate the effects of the disaster. Therefore, they think that everything will be all right, while information from the radio, television, or neighbors gives them reason to believe there is a risk. The normalcy bias creates a cognitive dissonance that they then must work to eliminate. Some manage to eliminate it by refusing to believe new warnings coming in and refusing to evacuate (maintaining the normalcy bias), while others eliminate the dissonance by escaping the danger. The possibility that some may refuse to evacuate causes significant problems in disaster planning.[3]

The normalcy bias may be caused in part by the way the brain processes new data. Research suggests that even when the brain is calm, it takes 8–10 seconds to process new information. Stress slows the process, and when the brain cannot find an acceptable response to a situation, it fixates on a single and sometimes default solution that may or may not be correct. An evolutionary reason for this response could be that paralysis gives an animal a better chance of surviving an attack; predators are less likely to see prey that isn’t moving.[4]

The negative effects can be combated through the four stages of disaster response:[5]

The opposite of normalcy bias is overreaction bias. Noting the effect regression to the mean, most deviations from normalcy do not lead to catastrophe, despite regular predictions of doomsday.[6] Logically, both underreaction (“normalcy bias”) and overreaction (“worst-case thinking”) are cognitive flaws.

“This is a world where a relatively ordinary, technical, information-technology problem such as the so-called millennium bug was interpreted as a threat of apocalyptic proportions, and where a flu epidemic takes on the dramatic weight of the plot of a Hollywood disaster movie. Recently, when the World Health Organisation warned that the human species was threatened by the swine flu, it became evident that it was cultural prejudice rather than sober risk assessment that influenced much of present-day official thinking.” Source: Frank Furedi, “Fear is key to irresponsibility”, The Australian, Oct. 9 2010 (retrieved April 18, 2014); extracted from the speech, “The Precautionary Principle and the Crisis of Causality,” September 18, 2010. 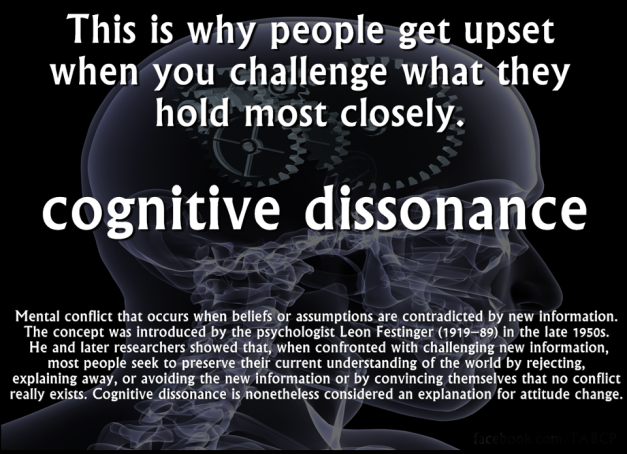 Posted by Eldon J. Brown on August 22, 2015
Posted in: Gangstalking, The Conspiracy Philes. Leave a comment

Moret & Battis: EMF War Against Humanity From Nazi Germany Started in 1945 and is global now

This Panel is part of an ongoing series on the history, nature and methods of AI Artificial Intelligence’s attempts to takeover Earth, nature, humanity, and spiritual processes.

VANCOUVER. BC – In this NewsInsideOut.com Panel with Alfred Lambremont Webre, independent scientist Leuren Moret, MA, PhD, ABD and military historian Laurens Battis set out the history of patents starting in 1945 that demonstrate a sustained EMF war against humans, and includes mind control, and use of EMF against biological systems.

The Panel covers the following areas:

HISTORY OF PATENTS LEADING UP TO RAYTHEON PATENT (2007)
MILITARY:
–  1945 patent for missile defense implicates Kissinger transfer of Nazi missile technology and 5000 German Paperclip Nazi scientists to US
– Hedy Lamar held patent on German cell phone concept – she was young and beautiful and attended Nazi officers parties and dinners and heard them discussing it during WW II.
BIOLOGICAL:
– I.G. Farben pharmaceutical genocide (pre)history WWI and under WWII Nazis
– 1919 Spanish flu (30 million deaths) – Bayer (=Bauer=Rothschild) Bayer company recommended vaccine against Spanish Flu AND Bayer aspirin be used together to fight flu; was a binary weapon causing deaths of many people.
[ref. Ebolagate – Alfred refer to that article in your article on the interview]

PART 2:  OTHER PATENTS AND SIGNIFICANCE:
Larry will explain these technically and the significance:
– Transfer from binary system that was large and cumbersome/big power needed, and had to be positioned on a Navy ship (RFDE = LaWS),
– scaled down w increased power to a
–  system locally available within the civilian power grid AND
– financed by victim population/target, and
– called telecommunications as a hand held device and CELL

SUMMARY:
***scaled down and in electric grid, victims financed it, sophisticated acquisition system.

***On the flip side, it has gotten to the point w phased array antennas (pizza box antennas) in personal devices they are being widely deployed and now individual cellphones can have 10 antennas in one device and quite programmable across frequency band and direction. Cell phones now are computers and started w I-phones and when IOS Android came out.

–  GLOBAL ELECTRIC GRID AND GLOBAL WI-FI: Recent news reports that a global electric grid is planned, and global wi-fi
will be transmitted from hi altitude drones without permission from world governments.

THIS EMF WAR AGAINST HUMANITY ALL STARTED AT THE END OF WORLD WAR II FROM NAZI GERMANY AND ITS GLOBAL NOW.

Chancellor Linda P.B. Katehi, an electrical engineer whose cell phone, radar and antenna circuits are used in signal transmitting, receiving and processing, has been named a charter fellow of the National Academy of Inventors. Read more in Laurels.  The 101 fellows hold more than 3,200 U.S. patents. Katehi has 19 (click on the patent number for more information . . . )

Every individual appears on ExopoliticsTV in their own Sovereign right and the opinions expressed are their own and do not reflect any views and policies of ExopoliticsTV and by their participation in this interview they do not espouse the opinions of others on the program. Thank you.